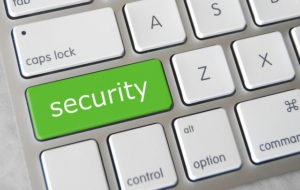 International financial consortium SWIFT (the Society of Worldwide Interbank Financial Telecommunications) warned its customers this week that “malicious insiders or external attackers” had exploited vulnerabilities in software and made off with millions of dollars. The announcement was particularly disturbing since it was the second such incident this year within one of the world’s most used and respected institutions.

Customers at financial institutions, as well as those who conduct business in the ecommerce environment want to ensure that their transactions and investments are secure. It’s imperative that software be impenetrable.

A similar incident this week resulted in the announcement by professional networking social media channel LinkedIn that 170-million accounts had been exposed by hackers who were demanding Bitcoin in exchange for not selling the passwords on the Dark Web. LinkedIn had experienced a similar problem back in 2012, and this recent repeat is reportedly an extension of the 2012 event. While changing passwords can aid in avoiding being hacked, many users stick to the same password across multiple platforms. One hack can mean extreme damage.

Read the full article on Memeburn >