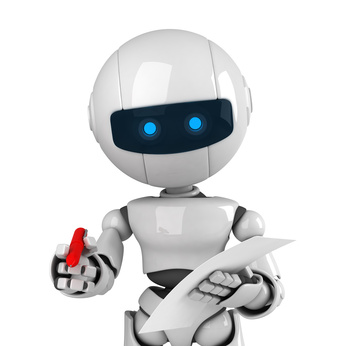 The global chatbot market grew from $113 million in 2015 to $703 million in 2016 and is projected to grow in value to $1.23 billion by 2025, according to Grand View Research. Analysis of consumer perceptions and usage of chatbots has revealed that by 2019, 25% of the world’s population (or 1.75 billion people) would be using mobile messaging apps. A late-adopting South African market is suddenly catching on to the opportunities chatbots present in customer communication.

“In the next 10-20 years, 58% of financial advisors will be replaced by robots and AI” – Frey and Osborne, Oxford University.

To give an idea of this swift adoption, 96% of businesses believe that chatbots are here to stay, and 67% believe that chatbots will outperform mobile apps within five years. This has led to 80% of businesses stating that they either already have chatbots in operation or they plan to have them by 2020. To allay concerns that the market will share this shift in doing business, 47% of customers said they’d buy items from a chatbot. In fact, the 26-36-year old market segment said they’d spend up to $675 via a chatbot interaction.

Despite companies offering a wide range of interaction options within a multi-channel contact centre environment, according to this research, consumers are favouring chatbots: 48% would rather connect via live chat than via any other form of contact. Your marketplace is both getting used to this form of interaction and expecting it to be available.

The benefits in brief

The primary sectors making use of chatbots currently are online retail, healthcare, telecommunications, banking and financial services, with consumers saying that they treat chatbots like health care coaches, travel agents, tutors and advisors, with these roles being frequently performed by human agents in contact centres until recently.

An example of the cost savings that are achievable by implementing a chatbot would be in the case of the Autodesk Virtual Agent enabled by Watson Communication: the chatbot reduced the per-query cost from $15 – $200 to an average of $1. Since chatbots can function 24/7, this is of great benefit to the company.

Read the full article on IT News Africa >